Mike has been involved in riding, servicing, and building bikes for several decades.  From pulling apart 3 speed hubs as a kid, modifying his 1974 Yamaha Crossrider full suspension bike as a teenager, or building up boutique level carbon race bikes and everything else in between.

As a qualified Industrial Designer Mike also has expert knowledge on materials, processes,and techniques associated with bicycle maintenance and repair. Mikes technical skill  and knowledge has been utilized in the bike industry as well as the skiing and sailboarding areas in the past. Mike is also one of the founding members and a past president of the St Kilda Cycling Club.

Mike uses only the best quality tools such as Park and BBB, and environmentally safe lubricants and de-greasers were possible.

From servicing your ladies or gents family bike through to full race bike frame prep and build, call to organize a time for Mike to drop by.

Mike with Manxman
Mark Cavandish (Left), and
Scottsman David Miller (right) in
St Kilda prior to working on
their bikes

1. Clean + Lube your Chain regularly
2. Change cables every 12 months
3. Check Tyre pressure each ride
4. Change cassette/chain at least every 12months
5. Noise when pedaling is not necessarily from the bottom bracket and could be headset, stem, or seatpost
6. New bar tape on a a race bike can make it feel new!
7.Replace chain before excess stretch occurs and you will save on having to replace the rear cassette.
8.Recycle tubes by repairing with patch/s. Cheap and saves $$$$$ and the environment.
9.Carry a small rag or wet ones in your jersey pocket when riding. Very useful to wipe hands after fixing a puncture or a mechanical.
10.If starting a long ride early in the cold and you are wearing lots of clothing, take an Australia Post pre paid and addressed bag with you. If the day heats up simply remove your excess clothing, place in the bag, and pop in a postbox to be mailed home! No more jersey pockets bulging at the seams.

Send me an email 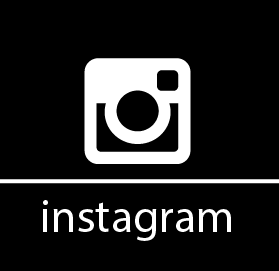